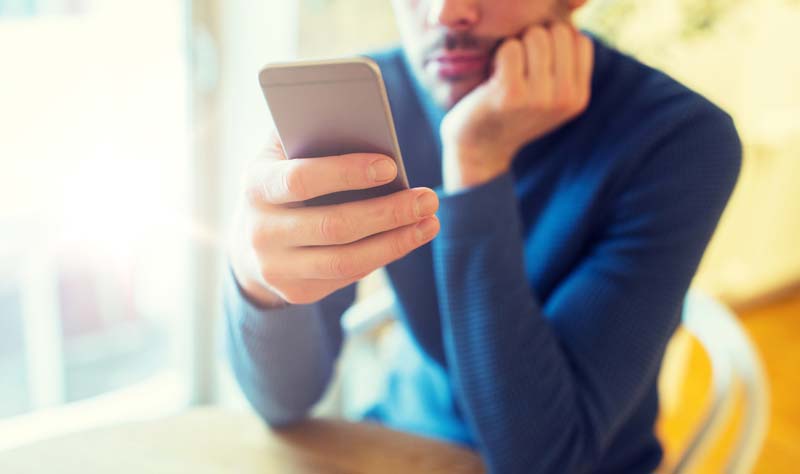 Most people have a bad habit or two – like nail biting or procrastinating – and while they tend to happen subconsciously, people are typically aware of their negative behavior patterns. However, web and mobile device users may be unaware of their less obvious bad online habits, and it could be putting them at greater risk for cyber attacks.

A recent survey by University of Phoenix found that nearly half (43 percent) of U.S. adults have experienced a personal data breach in the past three years. Perhaps unsurprisingly, a greater number of those who had been hacked admitted to having a number of “bad online habits.” The survey found that 88 percent of respondents who had experienced a data breach said that they have at least one bad online habit, compared to 71 percent who had never been hacked.

The data cannot prove an exact correlation between having bad online habits and experiencing a data breach. While both groups were equally as likely to use the same email address when creating multiple online accounts (48 percent), it seems more than coincidental that hacked survey respondents were more likely to have other bad habits and worse cyber hygiene than their counterparts. These included using the same password across multiple accounts (45 percent vs. 38 percent), allowing social media and applications to access personal information (34 percent vs. 29 percent) and allowing credit card information to be stored online (29 percent vs. 16 percent).

These behaviors may seem innocuous on the surface and having them does not necessarily increase the likelihood of an attack, but they can provide criminals with more opportunities to locate and steal personal information. Take, for example, using the same email and/or password when creating multiple online accounts. If one account is compromised, cyber criminals can use stolen credentials to access all accounts using the same login information. Consider that 35 percent of those surveyed often use easy-to-find information, like birthdays and pet’s names, for their passwords (including 45 percent who had been hacked). It is easy to see how this habit can lead to major security concerns.

The same line of logic can be applied to allowing websites access to personal information and storing credit card information online. In these circumstances, individuals are sharing more information online and putting themselves at a higher risk for the sake of convenience. Users must be aware of what information is available online and know how to protect it and react if a cyber attack occurs.

In today’s connected age, it is critical that everyone has a basic knowledge of online best practices to help better secure their information. There are more connected devices and people using them than ever before. Eliminating these online habits is one way to help shield digital users from attacks. Another is taking proactive measures that can help protect accounts and limit the damage during the window after a breach occurs. These steps can help build a solid security foundation, but more has to be done.

With so much data online and increasing every day, the question is not what precautions should be taken, but rather, are enough precautions being taken? The survey suggests the answer is no. Only 45 percent of respondents said that they update security settings, 32 percent frequently change passwords and login information and just over a quarter (27 percent) periodically patch or update systems.

Turning these steps into habits may ultimately help decrease the likelihood of an attack. Other suggested security measures include: avoiding opening suspicious emails; not clicking on unfamiliar URLs; installing firewalls, antivirus and malware protection; and using strong authentication on critical accounts and websites.

Technology usage and reliance is only expected to increase in the coming years, so it is in the best interest of the 88 percent with bad online habits to change their behaviors. Criminals are only going to advance as new tech becomes available, so it is critical that everyone is aware of their methods and knows how to protect themselves.

For more information on the survey findings or for additional resources on how to stay safe online, visit phoenix.edu/cyberhygiene